Turn the radio on! - Valentina in Colombia

Bogota wakes up early. Most offices start work around 7 in the morning. Valentina, who runs Business Development for a successful PR company, is lucky - her alarm goes off late, at 6am. By that time, Julio Sánchez Cristo, the host of the show “La W” and one of the most reknowned journalists of the country, has been on air for an hour. W Radio’s “La W” is part of Valentina’s morning ritual. “I try to listen every morning. ‘La W and ‘Mañanas Blu’ keep me up to date with what’s happening, politically, in Colombia. They set the agenda for what will be reported on television that day.”

“All of the good reporting happens on the morning shows, from 5am to 1pm. They really look into stuff. Newspapers and TV just echo them.” “La W”, for example, covers national and international news and events, using a network of journalists placed in the world’s major cities. Listeners from different cities in Colombia as well as Latin America and the States can call in and comment. Together with the shows aired by Blu Radio and Básica de Caracol, La W sets the benchmark for political reporting in the South American republic.

“One of the reasons that radio is of such significance in Colombia, I think, is the topography of the country,” remarks Valentina. “There are so many mountains here, and inaccessible jungle areas. It’s difficult to get television into remote communities, or newspapers that are somewhat current. But you can broadcast a radio signal. Plus, radio is relatively cheap to receive. You can get an inexpensive radio set in any corner store.” 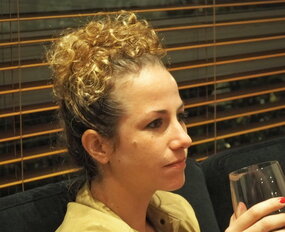 ... thinks that radio is the most important medium in her country.

Radio has a long history of political influence in the country. Exactly because it is the only medium to reach remote areas, it not only helps to keep citizens informed but also plays a key role in the Colombian armed conflict. Many of the hostages abducted by the FARC guerilla in their fight against the government are allowed access to radios, in order to relieve the tedium of long hikes through the jungle, and keep their minds from escape or suicide. Radio has thus become an important means of one-way communication with the captives. Since 1994, the weekly show "Voices of Kidnapping" on Caracol Radio has been sending messages of encouragement to the hostages from their families, via 30-second call-in slots. Journalist Herbin Hoyos Medina created the show after he was kidnapped for 17 days, and has vowed to continue his work until the last hostages are released, despite numerous death threats.


Not quite so openly, radio has also been used by the Colombian army to send covert messages to the hostages. In 2010, the military employed the help of famous ad-executive Juan Carlos Ortiz to create a song popular enough to enter the “Lista 40”, Colombia’s billboard charts. The title “Better Days” was subsequently played all over the country and even enjoyed by the FARC guerillas, who were untrained in morse-code and thus oblivious to the message hidden in the brief synth interlude just after the chorus. However, "19 people rescued. You are next. Don’t lose hope" was what the captured soldiers heard.


“If you look at it’s history, and the way it shapes politics today, radio really is our most important medium” Valentina remarks, while stirring her coffee. “There aren’t many alternatives for the majority of the population. Internet access is still slow and not universally available. I think we’ll rely on traditional radio for a long time.” As of 2014, more than 2% of Colombia’s dispersed population listened to the country’s most popular morning show, “Caracol Radio”. In the same year, Blu Radio’s listeners grew by 17%. Numbers that radio professionals in other countries dream of.